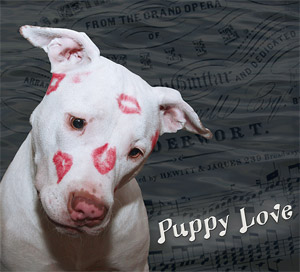 Picture this: You head over to your favorite pet sitting client’s home for a routine visit.

On the counter is an envelop with your name on it.

Could you take your pet sitting business to the next level, and beyond, with a $1000 head start?

Barbara Corcoran is a top New York real estate agent who did just that. She took a $1000 investment and went on to build a $70million empire.

You also may recognize Barbara from the ABC hit TV show, Shark Tank.

Learn From Barbara Corcoran in 5 Minutes

In this incredible 5-minute interview, Barbara shares a bunch of insight and wisdom on how she went from next to nothing to almost everything.

You’ll quickly see that it can all work for us pet sitters, too.


Can You Relate To The Following Quotes From The Video?

When leaving behind your other job, did you find yourself specifically looking to become a pet sitter, or did it almost happen by accident?

“Heck, if I had known what was involved in selling real estate, I would of never opened a company. There is a real joy in being so stupid that you don’t know what you’re in for.”

What have you found to be the real eye-opening moments that you didn’t quite expect before you became a pet sitter?

“I borrowed a license from a shady attorney who offered to sponsor me. And so I ran the shop, while I posted his license on the bathroom wall. And that covered my butt. And that’s all I really needed.”

Many business owners (especially in the early days) will do whatever it takes to get moving down the right path to success.

Is there anything you needed to do early on that you can look back on as part of the reason you are in business today?

“Of course I had people working for me. That shouldn’t stop you from hiring anybody. I had probably seven agents by the time I became a legitimate real estate broker.”

There are only 24 hours in a day. If you are a pet sitter who is a solo owner/operator, and are happy on that road, excellent. Keep it up.

However, if you have dreams of growing, expanding, earning more money, perhaps taking a step back for a minute while the pet sitting business continues to operate, you will need to bring others on to help you along.

One person is only capable of performing so much work in a given day.

Do you have plans to hire pet sitters to join your team? Or, how has bringing others on helped you grow?

“I used the Press to build the brand, absolutely. I remember I stepped in a pot of luck one day because I had no money for advertising. It was a terrible real estate recession, and I was trying to think of how to shut-up my agents from complaining. They were complaining I didn’t advertise them right. They wanted ads.”

No money for advertising – sound familiar?

Here’s an example of how to use the Press effectively. Go directly to them!

It’s important to remediable that the Press needs information and stories. They are constantly on the look out for those reports, stories, figures, stats, and heart-warming profiles.

“So I decided to write a report, and I named it the Corcoran report.”

I say it often because it works.

If you write content in a variety of forms, you will put yourself above and beyond 90% of the industry (and most likely 100% of your competition!).

Whether it’s in the form of a report, article, newsletter, graph, or blog, what could you create similar to the Corcoran report?

“So why don’t all agents do this? Because they don’t think of it. They really think that the press is going to call them if they are really good at their trade. I learned if you churn out the numbers this is going to call you, not for your opinion, because they are desperate for your opinion, but they need the numbers. They have their stories, but they need to quantify with numbers.”

I can’t tell you how many times I’ve fallen into the trap of that exact thinking: If I just provide a good service, or a good product, people will come running.

Do you toot your own horn and put your name directly in front of the people who are interested?

“Well, I became a larger than life figure for one reason only. When you’re quoted in the Wall Street Journal, the New York Times constantly as the expert in the business people assume you’re a lot bigger than you are. And then I had to run run like hell to catch up with my own image. Because people really assumed a lot from me. And that’s a great way to give yourself a deadline. And that helped me tremendously, the running like crazy.”

What a great position to be in!

Imagine having to catch up to the image others have of you. Are you willing to run fast and catch up like that?

“Number one, I had reached my goal. I wanted to be the number 1 broker in New York. And once I reached that goal I thought, ‘What do I do now?'”

Do you have an ultimate goal for your pet sitting business?

Have you put it in specific terms so you can begin to formulate the exact plan to reach that goal?

What Do You Think?

I’ve posed a lot of questions to hopefully get you thinking in the right direction.

Also, to motivate and inspire you to succeed.

Jot down your thoughts in the comment section below.

How to Give More in Value To Your Pet Clients So You Can Become More Successful: Discussion with Bob Burg

This is a guest post from Bob McClain of WordsmithBob.com Pet sitters and pet sitting…

Have you made any New Year's resolutions in regards to your pet sitting business? Have…