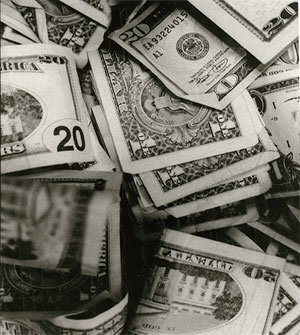 This was the question I posed to the PetSittingOlogy community after reading plenty of articles online that included pet sitting as a way for kids, teens or adults looking to make money fast.

A sampling of articles claimed that anyone can turn to pet sitting for a quick buck.

Having spent plenty of time running my own pet sitting business, I wasn’t quite sure that pet sitting should be on the list of ways to make fast money.

So to be sure, I created a poll to see what others thought. Here are the results of that poll:

And no surprise, a staggering 88% of the people who responded chose “No, not everyone can make money as a pet sitter.”

To clarify, my wife and I – along with plenty of other pet sitters I know – do make a comfy living caring for animals. I just wouldn’t go so far as suggesting anyone can make a fast buck doing it.

And for the record, I’m quite sure that the majority (if not all) of the people who took the poll are, in fact, pet sitters themselves – which makes the poll that more accurate.

If you want to know if anyone can make money pet sitting, who better to ask than a bunch of working pet sitters, right?

Why Do You Think That Is?

So it now begs the question: What is it about the pet sitting profession that lends itself to “Hey, wanna make some quick, extra cash?  Become a pet sitter!?”

Why does ‘become a pet sitter’ fall into that category? I highly doubt the authors of most of these articles claiming that pet sitting is the way to go for quick cash are actually pet sitters themselves.

Day 16 Sterling Animal Shelter, Massachusetts There's a place in your community where the hungry…

What’s Worse Than An Email Submission Landing in Spam and Not Knowing It? This is How to Prevent That.

About this time last year, a book came across my radar that has literally changed…